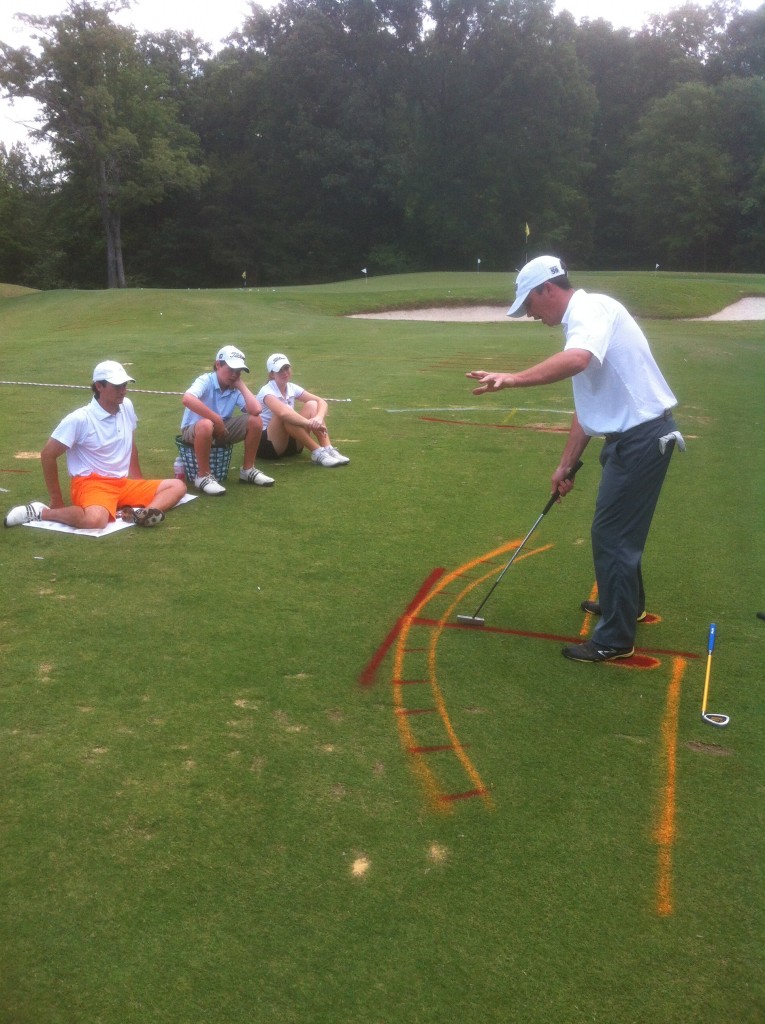 I never had any aspirations of becoming a great golf instructor as a child. For me, golf has always been a game that is played. However, it became quite apparent later in my life that different levels of golf required different fundamentals. How true this is even today!

My clients span the spectrum from beginner to tour player. Over the years I have seen 17 handicaps become 8 handicaps, 8 handicaps go to 3 handicaps, and tour players finally break through to become champions. As I recall, all were very well pleased and happy to accomplish their goals. That is what is so great about the game of golf. It is an individual sport in which a player only measures themselves against “old man par” and their goals.

From an instruction standpoint, you will not find any “1 method for game improvement” from me. I stand quite firm in the idea that not all players are capable of creating the same alignments during the golf swing. However, you can hold me accountable for teaching and pushing you to solidify the fundamentals you must have to accomplish your goals. You will learn to recognize your problems, do something about it, and achieve your goals.

There are fundamentals to this game. However the most important aspect is the knowledge of balancing the mental, physical, and mechanical areas of your game. As the “bar is raised” and the player becomes more proficient, more fundamentals are laid on top of this base set of fundamentals. Approaching golf in this way will lead to a game that can be tested anywhere, anytime and provide adequate results for the goal to be accomplished.

Below you will find a little more about me. Until I see you remember: Never fall to the mercy of excuses. Instead find the problems and create the habits that will have you accomplish your goals.

-Co-inventor of The Putting Arc
-Author, “The Final Missing Piece of Ben Hogan’s Secret Puzzle”, “Tendency”, “Castles Made of Sand”, and “Trophy Man“